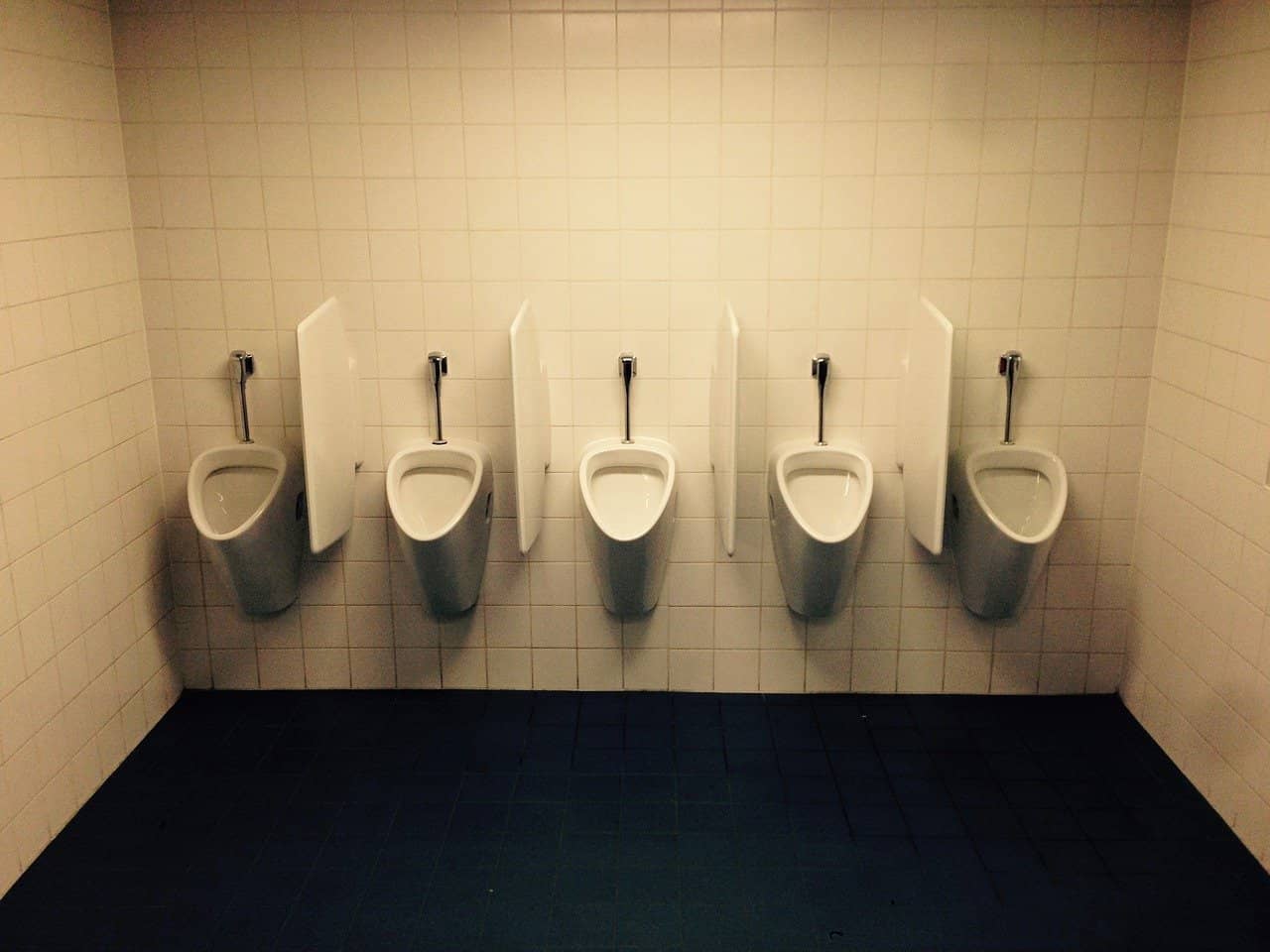 Daring to venture inside a public bathroom can be a necessary encounter of the most unpleasant kind. Pathogens are everywhere, and while they are not out specifically to get any one person, they will if they can.

Desperate measures to avoid their wrath even for the less paranoid among us include: using elbows to push open a stall door, positioning oneself above the toilet seat to avoid contact with skin and flushing with a shoe rather than touching the lever with hands.

Other hot zones harboring the enemy include: sinks, faucet handles, and towel dispensers. Sinks particularly, are troublesome because by their very nature they accumulate water, which serves as an ideal nursery for dangerous toxins.

In order to to avoid coming into contact with the germ-laden air-borne mist that is certain to follow flushing, users must make it a point to vacate the bathroom stall immediately.

According to Dr. Philip Tierno, MD, director of clinical microbiology and diagnostic immunology at New York University Medical Center and Mt. Sinai Medical Center: “The greatest aerosol dispersal occurs not during the initial moments of the flush, but rather once most of the water has already left the bowl.” 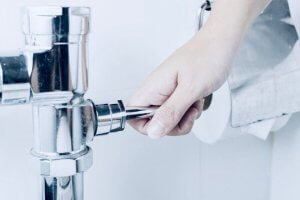 Eliminating bathroom smells in any commercial enterprise can be a futile endeavor, but thanks to the superior bathroom hygiene options available via Enviro-Master and its subsidiary, Enviro Pitt, which services Pittsburgh, western Pennsylvania and surrounding areas, it doesn’t have to be.

Restroom malodors not only evoke powerful and instantaneous reactions from users, but also cement that first impression and perception of cleanliness and daily hygiene that can never be erased from memory.

(Put another way, a company never gets a second chance to make a first impression.) This is one of the reasons why Pittsburgh businesses of all types should invest in the professional air care services offered by Envro-Pitt.

The bacteria found in bathrooms are nothing to sneeze at and preventing recontamination is very challenging and not for the faint of heart. In fact, according to researchers at San Diego State University, California, within one hour of cleaning and disinfecting, selected bathrooms were completely re-contaminated with microbes and pathogens.

Another scientific study concerning the microbes present in public bathrooms that was published in Applied and Environmental Microbiology discovered genetic traces of more than 77,000 distinct types of bacteria and viruses. This is far beyond the pale of expected contaminants which include: fecal bacteria, influenza, streptococcus, E. coli, hepatitis, Methicillin-Resistant Staphylococcus aureus (MRSA), salmonella, shigella and norovirus.

The Kinds of Smells Found In Public Bathrooms

Although urine is not a solitary cause, it is the most frequent well spring of bathroom odor, specifically at the first u-bend trap part of the urinal trap. A chemical process transforms the warm, harsh fluid from an acid into an alkaline salt, which provides excellent nourishment for gram-positive, odor-causing bacteria. With their ease of multiplication comes an increase in odor intensity. 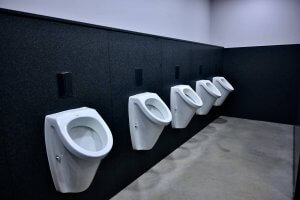 Humidity, warmth and a medium in which to flourish allow bacteria to thrive on restroom floors and other surfaces. Tiny droplets are released into the air every time a toilet flushes, further compounding the problem. Shoes and backpacks also spread these microscopic globules by sliding over affected surfaces.

The urea, protein and carbohydrates provide nourishment for bacteria, which in turn produce other highly offensive smells including hydrogen sulfide and ammonia compounds.

Odor-control must be swift, potent, enduring, consistent and absolutely merciless if it is to maintain freshness and cleanliness at all times, which is why Enviro-Pitt and its unique sanitizing products that annihilate odors and attack dangerous pathogens at their source are so vital to Pittsburgh’s commercial enterprises.

Most restroom users barely notice floor drains if at all, but they are often a source of restroom odor. Within industrial spaces, drains are usually situated close to water heaters, basements, kitchens, and/or laundry rooms.

Due to the fact that they are specifically designed with a trap, which is meant to hold water at all times, foul sewer odors can arise when the water in a floor drain has evaporated, which usually occurs from lack of use.

This allows sewer gas to escape; a very dangerous situation that not only smells terrible, but is also highly volatile because it contains potentially explosive methane.

Within any industrial setting, floors are subject to the most traffic. Grout is a porous substance that is difficult to clean, allowing bacteria mold, mildew and other pollutants to be easily absorbed into the floor.

While it may not seem logical, mopping usually worsens the situation because the average mop cannot penetrate the grout’s surface in order to remove the impurities causing the odors. Often, the grooves between the tile and grout can even draw contaminants out of the mop and transfer them into the grout’s pores.

Shoes are the culprits responsible for 90% of all bacterial transference to tile bathroom floors, as evidenced in a study conducted by Dr. Charles Gerba, microbiologist and professor at the University of Arizona, and The Rockport Company.

Researchers also discovered that huge numbers of bacteria thrive both on the bottom and inside of shoes; averaging 421,000 units on the outside of the shoe and 2,887 on the inside. These bacteria cause infections of the stomach, eyes and lungs.

Alway requiring the services of a professional plumber to repair, the resulting malodors from a burst pipe emanate from the rupture itself, which allows sewer gas to seep upwards into the municipal sewer lines.

Comprised of organic waste that is rife with both toxic and harmless gaseous compounds, such as: hydrogen sulfide, ammonia, methane, esters, carbon monoxide, sulfur dioxide and nitrogen oxides, this situation must be addressed immediately.

Even though a wax seal usually lasts for the lifetime of the toilet (20 to 30 years), it sometimes requires replacement, especially if the toilet is no longer fixed to the floor, for whatever reason.

The ring creates an airtight seal between the underside of the toilet and the top of the rim on the drainpipe. The wax ring prevents leaking as the water passes from the toilet to the drain pipe and seals against foul sewer gas odors.

A defective toilet wax ring can cause offensive malodors often described as the smell of rotten eggs. These foul odors are often unsanitary to say the least, as they often contain toxins such as hydrogen sulfide, which is known to irritate the eyes, cause a cough, sore throat, shortness of breath and most seriously, fluid accumulation in the lungs.

What’s The Difference Between Sanitizing And Disinfecting?

Seemingly synonymous, these two words have diverse meanings when it comes to eliminating restroom malodors. Sanitizers work rapidly and do reduce the number of germs on a particular surface, but it is the power of disinfectants that actually destroys most of them. Definitions blur and become even more confusing, however, with the use of words like hand-sanitizer, which contains alcohol, and is actually a disinfectant.

Another important distinction between the two terms is dwell time, which concerns the amount of time it takes for the various products to work. This is vitally important, as the disinfectant must have enough time to seep into contact surfaces in order to do its job. Depending on the product, dwell time can range from 30 seconds to 15 minutes.

To simply spray onto a particular surface and wipe it away is a waste of time, effort and-money. Following label instructions concerning the correct dwell time allows the disinfectant to do what it is designed to do; namely, disinfect and kill the targeted germs and bacteria.

According to Alexander Aiken, MB, of the London School of Hygiene and Tropical Medicine: ”Sanitizers can work almost immediately, whereas the chemicals in disinfectants take up to 10 minutes to kill germs. That’s why it’s important to follow the directions on the product label for effective use.”

The Enviro-Master, Enviro-Pitt and Air-Scent Trinity

Founded in 1983, Enviro-Master’s mission across the years is and always has been: building a healthier world, one restroom at a time.

Our top priority within the Pittsburgh and Western PA area concerns the creation of a healthy and happy workplace ambiance for a myriad of diverse industries including: hospitality; schools and colleges; health care facilities; hospitals; restaurant and food-related services; shopping and apartment complexes and many others. 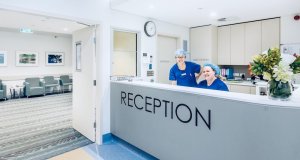 Our superior bathroom hygiene strategies and solutions include the sale of  low cost soaps, paper and cleaning products that often offset the price of cleaning services.

Our hygiene services for public restrooms is always focused on going that extra mile, the importance of which cannot be overstated in these troubling times of global anxiety and contagion.

It is estimated that a potent virus can spread throughout an office building within the span of just 2 to 4 hours, and Enviro-Master’s tools, services and expertise combat disease and odor prevention in ways that ordinary janitorial services simply cannot. 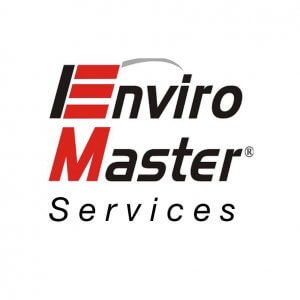 The ambient-air-care masters at Air-Scent acquired Enviro-Master in 2014 as a means to complement their pest-control and air freshening businesses. The merger represents a synthesis of skills, products, and experience that is unique to the modern marketplace.

In continuous operation since the 1940s, Air-Scent is both a pioneer and leader within the ambient air-care industry. President, Arnold Zlotnik, brings a wealth of experience in both operating and expanding a multi-generational, highly successful enterprise that is known and respected all over the world.

Enviro-Pitt refers to the branch of Enviro-Master that services businesses of all types throughout Pittsburgh, western Pennsylvania and environs. We have earned a stellar reputation for excellence in both the products we use and our customer service, both of which have evolved over the course of the last forty years.

Our range of services include: tile and grout deep cleaning; fruit fly and drain control; paper products; soaps and sanitizers; air fresheners and the Sani-Services program. Teamed with mother company, Air-Scent, we also offer superior environmental odor-control and air-freshening solutions that are 100% sustainable.

The Sani-Services program picks up after a company’s janitorial staff goes home. This is not a criticism of their sincere efforts, as it is impossible for standard commercial cleaning chemicals to eliminate bacteria from the deep pores of porcelain fixtures.

Our unique sanitizing secret is Metazene, a colorless compound that attacks odors and destroys disease-bearing pathogens and germs at their source. This is the only additive of its kind on the market today.

Our Sani Services program offers the deepest, most thorough cleaning possible with their application of a coating known as the Sani-Guard germicidal fog, which is generously applied to urinals, toilets and sinks, and effectively removes built-up uric acid and trapped bacteria. This both protects bathroom surfaces and prevents them from absorbing germs until our experts return on their next monthly visit.

Combatting and conquering bathroom smells require drastic and powerful weapons. For those businesses situated in the Pittsburgh area, Enviro-Pitt offers the best solutions to this recurring problem.

Call our teams today for help with all restroom smells! We’re here to help!

We provide the most comprehensive commercial washroom cleaning services to business throughout Greater Pittsburgh and all Western Pennsylvania counties.
(412) 462-5525