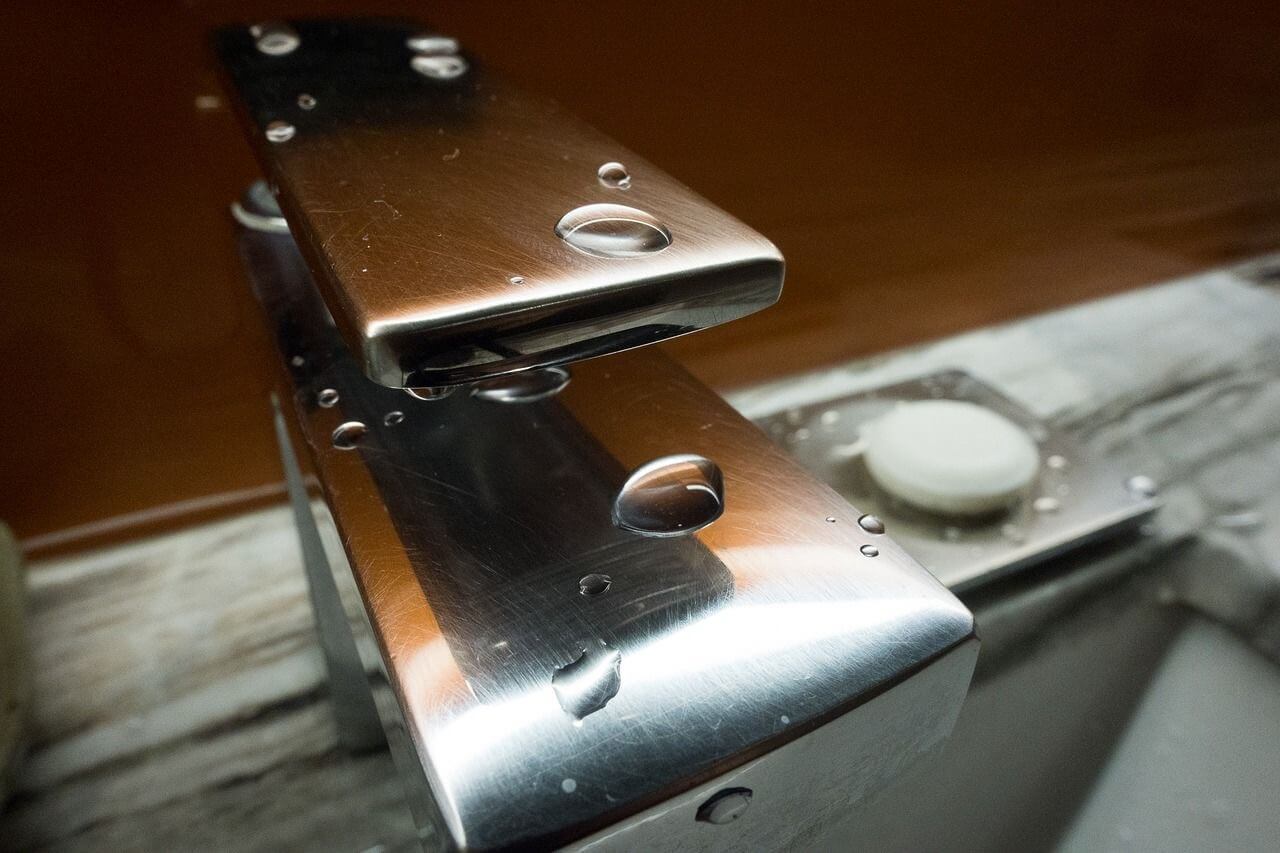 Restaurant employees are especially vulnerable to both exposure to and the spreading of harmful pathogens via the handling of nasty substances such as garbage, fecal matter and blood from raw meat.

All of these germs and bacteria find their way to restaurant restrooms during the course of the average work day, whether by means of line cooks, servers, hostesses, wait staff or patrons, and they underscore the absolute importance for restaurants throughout all of Western Pennsylvania to include professional restroom sanitization services in their monthly budget.

In the 1960s, a growing awareness of the danger in bacterial pathogens found in public bathrooms led to the evolution of a new field of scientific endeavor that was dedicated exclusively to the study and understanding of bathroom bacteria.

Results were extremely upsetting, not to mention gross and disgusting. One revolting discovery concerned the realization that the failure to close a toilet lid while flushing can propel bacteria through the air up to as much as six feet (and even onto a toothbrush).

A study conducted in 2011 by researchers from the Cooperative Institute for Research in Environmental Science, University of Colorado in the city of Boulder, came up with some startling conclusions.

They carefully examined the microbes present on twelve public bathroom surfaces and identified 19 forms of bacteria. The study further concluded that there were thousands of species of bacteria in the bathrooms they surveyed and indicated that their quantities surpassed the total number of bird species in North America!

According to a fairly recent study conducted by CleanLink, a leading website for the cleaning industry, 86% of adults in the United States equated the condition of a restaurant’s bathroom with the condition of its kitchen, and 75% of American adults stated they would not return to a restaurant where the bathroom was dirty.

A 2017 report issued by the Center For Disease Control and Prevention (CDC) indicated that exposure to dangerous pathogens can result in a variety of illnesses such as salmonella, and unpleasant symptoms that include: “diarrhea, vomiting, boils, fever, dark urine and jaundice.” Their transmission often results in emergency room visits and hospital stays.

Even more startling is the following finding from the Center for Science in the Public Interest, a non-profit consumer group. They claim that if food handlers on all levels of operation focused on safety, most of the food-borne illnesses afflicting the modern world could be prevented.

According to a recent report provided by the Center For Disease Control and Prevention, restaurant bathrooms can be very dangerous places, and more than 234,000 people visit emergency rooms each year because of injuries suffered in public washrooms. The most prominent causes of injury concern wet floors caused by water build up from outdated sinks, hand dryers and faucets.

A recent Procter & Gamble survey entitled: Cleaning in a Down Economy, revealed that 85% of cleaning professionals within the food service and hospitality sectors admitted to “doing more with less” when the economy is suffering.

Ninety-one percent of those who admitted this also claimed they weren’t likely to change even if the economy improved. For the experts at Enviro-Master, there is nothing more important that a well sanitized restroom, no matter how the economy may shift.

The Psychology Behind Clean Restrooms And Restaurants

Dr. Phil McGraw often says that perception is reality. Restaurant aesthetics, such as: digital menu-boards; colorful table linens; attractive lighting; appropriate scents; decor and reinforcing the idea that we eat first with our eyes go a long way. They don’t go far enough, however, if customers react badly to a dirty, unsanitary bathroom.

According to a survey conducted by Zogby International, more than 80 percent of consumers stated they would not only avoid a restaurant with a dirty restroom, they would not return to the restaurant either, no matter how good the food, service or ambiance.

The feelings a patron or employee experiences after using a restaurant bathroom that is unclean can be compared to the visual impact of a flower garden infested with weeds and debris. There is no mistaking the unspoken message of neglect, disrespect and abandonment.

These feelings have no place anywhere, but especially in a commercial space where a consumer’s dining experience is equal to the sum of all its parts and that all-important ingredient: a company’s bottom line.

The essence of being clean not only impacts how we feel about ourselves; it also affects our perception of other human beings. Scouring and scrubbing temporarily distracts from and alleviates anxiety. Feelings of physical disgust and moral outrage are closely associated on a psychological level.

A restaurant’s reputation is hard earned and well deserved, but it is also extremely fragile. All it takes is one bad online review to ruin years of hard work and effort.

Despite these noble efforts, restaurants remain continuous breeding grounds for bacteria, and owners and managers of eating establishments must address this problem by insuring their facilities are professionally sanitized by bathroom hygiene experts.

Two factors are responsible for the cross contamination of harmful pathogens; namely, ignorance and haste. The transfer of dangerous pathogens to foods from other foods, cutting boards and utensils is a vital issue in the spread of food-borne illnesses.

Juices from protein sources such as: raw meat, seafood and poultry, are brimming with harmful pathogens that easily spread onto other surfaces. The only solution to prevent cross-contamination is to separate these toxic juices and sanitize all work surfaces, every single utensil and each piece of equipment after every use.

Education (and effort) are the keys to maintaining a sanitized company bathroom, and any such initiative must include a personal hygiene agenda that includes: proper hand washing, nets for restraining hair and glove use for all restaurant employees.

In addition, professional outside help from the bathroom hygiene specialists at Enviro-Master can help in this arduous and sometimes overwhelming agenda. Our experts are equipped with products and sanitizing strategies that go far beyond the practical knowledge and cleaning power of the average janitorial staff.

One very sobering statistic issued by the CDC estimates that each year 48 million people become ill with a food-borne disease. Of these, 128,000 are hospitalized and some 3,000 die.

Researchers have successfully identified more than 250 diseases related to food ingestion, most of which are infections caused by bacteria, viruses, parasites and food tainted with dangerous toxins. These include but are not limited to: Norovirus; Salmonella; Staphylococcus; E.coli; Botulism and Listeria.

The promotion of superior, professional restroom hygiene has been Enviro-Master’s focus of operations since Neil Middleton created it back in 1983.

Today, we are the unquestioned world leader in hygiene services for public restrooms. Our success is connected to our determination to always ‘go that extra mile’ when it comes to restaurant restroom cleaning.

Disease and odor prevention are our specialties, and we far exceed both industry standards and the services that the average janitorial staff, no matter how diligent, can provide.

There is a growing consumer awareness of the need for restaurants to limit human exposure to the germs present in their bathrooms. Most experts agree that besides the kitchen, the restroom is the most dangerous place in any restaurant.

Besides a rigorous cleaning regimen, ‘touchless’ washroom fixtures should be standard restaurant restroom fare because they limit contact with public surfaces while permitting effective hand washing.

Call our team at Enviro-Master today (412) 462-5525 and ask about our many bathroom hygiene initiatives, which include professional air freshener machines and supplementary paper product refill programs. As the manager or owner of a restaurant, you will be thrilled with the results, as will all your patrons and employees!

Final thought about restaurant germs: Woman with Cape: My super power lies in my not touching anything in a public restroom. ~ Pinterest

– Commercial buildings consume more than 88 percent of the potable water in the United States, and bathroom plumbing fixtures account for nearly half (47 percent) of total water use.

– The average commercial bathroom sink uses half a gallon of water per minute, and many facilities have older sinks that consume a lot more.

– Americans spend $2.3 billion on 13 billion pounds of paper towels annually. This results in 270 million trees being flushed down the toilet or thrown in the garbage every single year.

– While toilet seats and floors contain significant concentrations of bacteria, there are more associated with hand washing in restaurants. The exteriors of soap dispensers contain more pathogens than toilet seats.

– According to Yelp, there are more than 160,000 businesses in the United States with gender-neutral bathrooms, and restaurants have more of these facilities than any other industry.

– Some 7 million mobile phones are accidentally dropped down the toilet every year.

– Americans use 433 million miles of toilet paper each year, which is enough to travel to the sun and back!

– In China there are public toilets for dogs.

– The oldest toilet in the world is located in a small castle in Knossos, Greece. It is still in use to this day and dates back 4,000 years.

We offer the most thorough, commercial tile cleaning services for restrooms, kitchens, stairwells, lobbies, and more. We use the industry’s best tile & grout cleaning products to ensure the best services.

We use cookies on our website to give you the most relevant experience by remembering your preferences and repeat visits. By clicking “Accept All”, you consent to the use of ALL the cookies. However, you may visit "Cookie Settings" to provide a controlled consent.
Cookie SettingsAccept All
Manage consent

This website uses cookies to improve your experience while you navigate through the website. Out of these, the cookies that are categorized as necessary are stored on your browser as they are essential for the working of basic functionalities of the website. We also use third-party cookies that help us analyze and understand how you use this website. These cookies will be stored in your browser only with your consent. You also have the option to opt-out of these cookies. But opting out of some of these cookies may affect your browsing experience.
Necessary Always Enabled
Necessary cookies are absolutely essential for the website to function properly. These cookies ensure basic functionalities and security features of the website, anonymously.
Functional
Functional cookies help to perform certain functionalities like sharing the content of the website on social media platforms, collect feedbacks, and other third-party features.
Performance
Performance cookies are used to understand and analyze the key performance indexes of the website which helps in delivering a better user experience for the visitors.
Analytics
Analytical cookies are used to understand how visitors interact with the website. These cookies help provide information on metrics the number of visitors, bounce rate, traffic source, etc.
Advertisement
Advertisement cookies are used to provide visitors with relevant ads and marketing campaigns. These cookies track visitors across websites and collect information to provide customized ads.
Others
Other uncategorized cookies are those that are being analyzed and have not been classified into a category as yet.
SAVE & ACCEPT